Aidos and Einfühlen: Reworking the Self through Creating New Habits of the Mind 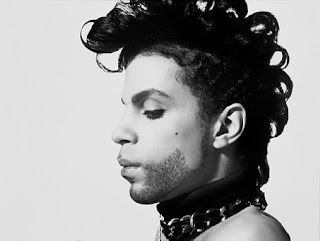 It's a little bit eerie and a whole lot tragic that on the day wine women and philosophy gathered to give shame a good airing (April 21, 2016) the man who declared a war on shame - the mononymous, mega-talented and much loved musical genius, Prince - was found dead in his Minnesota home. Shocked and saddened, we set about spring-cleaning the closet just the same. Cleaning is therapeutic. What else to do but clean when the Little Red Corvette has left the station and the whole world is weeping Purple Rain? What better starting point than the closet when the rampant speculation accompanying the death of a very public figure brings you face-to-face with a skeleton or two of your own?

Turns out we're not the only ones dragging those skeletons out of the closet. Starting somewhere around the 1960s, shame - as Ruth Leys (From Guilt to Shame, 2007) argues - became the new guilt. Oh sure, shame had always been there: in Greek mythology as Aidos, goddess of shame, humility and modesty - lounging around with the goddess of vengeance, Nemesis, when not otherwise engaged in restraining mortal men from doing wrong and reminding the wealthy that their good fortune was more a question of luck than merit; in early Greek parlance - again, aidos - as meaning everything from reverence to dignity to compassion to coyness to sobriety. As Anne Carson (who, in addition to being a poet, is also a classicist) explains, shame back then was a "vast word" - covering all manner of emotions and feelings and qualities and affects. But skip ahead to the early 20th century and it is guilt, not shame, that is garnering all the attention: transformed into the emotion du jour by Freud because it is, perhaps, a little easier to pin down than shame; suddenly responsible for a whole slew of complexes rooted deep in the murky waters of the unconscious. As Leys points out, it was "survivor guilt" which was carried out of the concentration camps by those who managed to survive the horrors of the holocaust. Whereas just 20 years later, with Freud falling out of favour and the 'affective turn' in full swing, it was shame that was fast becoming the darling of the intelligentsia...It was shame that was on its way to being the people's "sickness of the soul" par excellence.

And in a way, you can understand that beeline to the shame train. Guilt, after all, is generally seen as being about something you've done. Getting to the bottom of it might well be a Freudian dream come true, but it isn't all that satisfying if you're trying to go beyond explanation, justification, representation, etc. Shame, on the other hand, is about the self tout court: not the bad thing you did, but the inherently bad person you are. It's endless! It's all-encompassing! It's suffocating! Moreover, and as American shame guru Brené Brown (b. 1965) hastens to tell us, it thrives on secrecy, silence and judgement - all those things that imply a relationship to others and yet, at the same time, serve to separate you off from those others. And that's where the other commonly understood distinction between guilt and shame comes in: whereas guilt is intensely personal, revolving around an act that nobody else necessarily even knows about, shame makes us see ourselves through the scrutinizing eyes of others. It matters not whether those others are real or imagined. It makes no difference whether we share the social and cultural values that we are seen to have violated, or have merely internalized them. Shame puts our whole being on trial, and we stand naked and alone before the jury (or, if we are Jacques Derrida, before our cat). Small wonder that public shaming is the issue that sets our teeth a-chattering in this age of accelerated information sharing and wildfire social media. Small wonder that empathy is being hailed as the go-to answer in a society awash with the fear of, or fall-out from, shame. 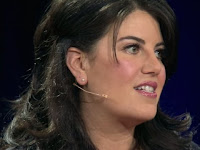 But empathy is an elusive creature: an 'openness' much more easily said than done. As a word, it trips off the tongue whenever kindness or compassion or forgiveness or acceptance are being encouraged: by victims of shaming like Monica Lewinsky (pictured left) - being brave on TED and speaking out about the human cost of being publicly humiliated; by spokespersons for the shamed like Brené Brown - B.R.A.V.I.N.G it out on SuperSoul Sunday and promoting empathy as the one thing shame can't survive. And though the jury is still out on whether shame is even in need of an antidote - cultural theorist Elspeth Probyn (b. 1958), for one, celebrates the positive in shame, seeing its sudden surfacing (along with its very physical manifestation, the blush) as a useful indicator of what we truly value and care about in our lives - it remains that the antidote most often proffered, empathy, is somewhat lacking when it comes to its unpacking.

Enter Edith Stein (1891-1942) - pictured left - the Prussian-born philosopher turned Carmelite nun who began her unorthodox journey from Judaism through Atheism and Feminism to Catholicism and eventual Canonization as the brilliant graduate student and research assistant of the man generally recognized as the 'father' of phenomenology, Edmund Husserl (1859-1938). While editing Husserl's writings, Stein had noticed a similar kind of oversight when it came to Husserl's working of empathy, or einfühlen. For though he sung its praises, even hinging much of his phenomenological methodology  on our ability to "suspend" our prejudices and presumptions and einfühlen - quite literally, feel into - the other so as to perceive and hence know that other with absolute certainty, he never really got down to the nitty-gritty of what the act of empathizing actually entailed. But then, Husserl hadn't gone off to the front at the beginning of the first world war to work as a nurse - something that Stein had done. Husserl, beavering away on his notion of "pure consciousness" had - like many a male philosopher before him - been far too busy establishing a place for himself in the Western philosophical canon to concern himself with practical matters of the life and death variety. Stein, however, experienced the workings of empathy first-hand while fighting to save the lives of strangers, and accompanying others with whom she shared no common language or culture to that most intimate of places, death. And when she returned to her studies midway through the war, connecting these new insights to Husserl's original oversight resulted in her doctoral dissertation, the aptly named On the Problem of Empathy  (1916).

What Stein proposed with regard to our unavoidable intersubjectivity - the fact that each of us is a being-in-the-world amidst other beings-in-the-world - is that just as each one of us is a perceiving subject, feeling our way into whatever foreign other we want to see for what it or she or he truly is, so too is each one of us that other's intended object, making each of us not just an "I" (a perceiving subject) or a "you" (a perceived object) but, more importantly, an empathically aware "we." What is crucial here is that in becoming a Steinian "we," I don't lose any of my "I"-ness. On the contrary, being a "we" helps me to define with greater clarity just what I value and just who I really am, and this, based in part on what and who I'm not - ie. you! But to do this work, I really have to look at you and learn from you and see you for who and what you are. Moreover, empathy lies in the recognition that you are doing exactly the same thing with regard to me. Empathy also lies in the realization that without a "you" to look at and to be looked at by, there is no "I." In Steinian terms, "I" am constituted by your "you" and "you" are constituted by my  "I." The fact that we, as human beings, are mutually constitutive and necessarily in-relation means that regardless of our differences - and there will be many of them, so bring them on! - we rely on the other as that other in order just to be. That, at least, is the bare bones of Stein's definition of empathy...A definition which certainly troubles the kind of feel-good slogans - "Empathy is...seeing with the eyes of another, listening with the ears of another, and feeling with the heart of another" - that do-good organizations such as A Place for Mom build their brand on. For if I am seeing, listening, and feeling with your body parts, how am I going to see, listen to, or feel into you? It seems like an appropriation of the highest order, this taking over of you in the name of establishing a feeling of oneness, in the name of helping you through your shame, among other things. It seems like the absolute opposite of empathy, in fact - this inability to see you, listen to you or feel you because I've set up camp within you.

Of course, to fully understand Stein's re-configuring of the self through a figuring into the equation of the other, it helped to familiarize ourselves with some basic Husserlian phenomenology: its privileging of the here and now, for example; its interest in an embodied experiencing subject; its situating of "pure consciousness" not in a place, such as the mind, but rather in an intentional act, as in the perceiving subject's stretching out towards its intended object; its call to potential practitioners to put to one side all they had learned and claimed to know (a most unprecedented philosophical move) in order "to return," in Husserl's words, "to the things themselves!" This attempt to see anew, as if for the first time, and in so doing grasp the unadulterated essence of the thing was, for early 20th Century phenomenology, its innovative masterstroke. But what originally made it innovative was later cause for concern: seeing anew and searching for eternal essences striking some as being two actions that were seriously at odds; a case, for these critics, of a refreshingly progressive method being put towards a somewhat retrogressive philosophical end.

But this didn't stop us from experimenting with Husserl's technique of Epoché, or "bracketing," in order to see through new eyes if not the ultimate truth of the objects we were intending, at least something novel about them. And nor did it put us off Edith Stein's own particular brand of phenomenology - an approach which not only avoids for the large part this Husserlian pitfall, but is actually quite ahead of its time in its attention to the other and its nuanced understanding of the politics of difference. Best of all, we had a new working method with which to take on the world - the addition of Stein's empathic awareness to Arendt's two-in-one thinking and Weil's void-friendly attentiveness not only swelling our philosophical go-to arsenal, but enabling us to focus in, see anew, and draw out the finer points in Anne Carson's magnificent poem about adolescent shame, Spring Break. Book-ending these revelations with Martha Nussbaum's (b. 1947) assertion that shame, in early childhood, is a “primitive” response to weakness and Elizabeth Cady Stanton's (1815-1902) assertion that shame, in later life, is a “humiliated loneliness” brought on by the unrealistic expectation that we are meant to live with others and our sense of failure when we find ourselves alone, made us feel like we had truly come full circle on the shame train. Or at least, looked - really looked - at The Phenomenon Formerly Known As Guilt (TPFKAG).