Except that it's not. Not on this occasion, anyway. No, what interests us at the upcoming salon on February 9th is the question of the question itself.

These questions and more will be explored as we turn the question - both as content and conversational form - inside out next Thursday evening. Is it too much to ask that you let us know if you'll be there? We hope not!

Stormy Weather for a Stormy Theme 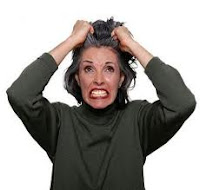 It is perhaps fitting that blustery snow and freezing rain hit Montreal on the evening that our salon was devoted to the theme of anger. While the tempest raged on the outside, those intrepid wwp members who had managed to make it through the storm to join us for the first salon evening of 2012 found themselves warming up to the topic with a lively game of charades - using body language to convey the many sides and shades of anger (irritation, wrath, annoyance, distress, fury...the list is endless!) ; exploring the extent to which our bodies and minds are equally mobilized when it comes to expressing this most provocative of emotions.

For indeed, anger - as Rona was quick to point out - is an emotion that has elicited a wide range of philosophical enquiries and interpretations. And the jury is still out on whether an emotion is something that we can control or that controls us, that belongs to the realm of the rational or the irrational, that is purposive or disruptive. As for Rona's route into anger - the work of Robert Solomon - it took us through an emotional minefield that signposted anger as an "action" freely chosen in order to right a wrong and trigger a change. In other words, anger seen in this light is no cathartic release a la Freud. Rather, it is a process whereby we recognize the true cause of the anger we feel and then act upon it. In this way, emotions in general - and anger specifically - can be understood as something we do, not something that happens to us. Similar to a judgment, an emotion like anger can be "made" in a snap, but maintained for decades. If this suggests that there is a strategic element to an emotion - we are no longer "driven" by anger but rather, we "mobilize" anger to further our own purposes - what it also suggests is that in attempting to right the wrong through our anger, we don't necessarily always get it right!

Discussing how each of us "wore" our anger helped us to work through this idea of an emotion being "intentional" - something at once active, at once strategic. One of us wore her anger like lingerie - safely hidden away from public view. Another couldn't do anything to hide it, displayed as it was right up there on her face. Another wore her anger like a corset - the tightness of it squeezing irritatingly in on her, adding yet more fuel to the fire. For yet another, her anger was that sequined sparkly outfit that only came out sporadically, and invariably gave her a not unpleasant frisson. For another still, it was that itchy, ill-fitting garment in her cupboard - the fashion mistake, the don't-want-it-but-can't-quite-throw-it-out-either dilemma. As a face of calm, as a film of prickly impatience, as a pool of burning acid, as the protective shin and body pads worn to play ringette, as a kind of flyaway caftan in chaotic swirl, each of us wore our anger differently, and with varying end results. We were beginning to see our anger as not just an important element of our individual characters, but also as a tactical aspect of our very being in the world.

Turning to how women had historically used anger as a tactic in itself - for example, in the case of the militant branch of the first wave feminist suffrage fighters in early 1900s Britain - Linnet explained how the non-militant side of this movement, as led by the even-tempered and proudly "unemotional" Millicent Garrett Fawcett,

had clashed with the hot-headed and decidedly "unladylike" Pankhursts leading the militants. Drawing on newspaper articles and cartoons from the time, Linnet built a picture of a nation and its institutions grappling with not only the issue at stake - the vote for women - but equally, with middle- and upper-class women acting in ways that did not conform to how society expected them to behave: that is, as "nice, polite, and dignified". This is not to say that both militants (the suffragettes) and non-militants (the suffragists) weren't angry; just that any outward expressions of anger, such as smashing windows and pushing their way through police barricades and tying themselves to railway tracks, deeply threatened the status quo - the very fabric of the nation. Importantly, these kinds of violent outbursts were seen by the non-militant Suffragists as threatening, too. For them, these acts served to undermine the goal both factions shared: lending credence, in their opinion, to the prevailing idea that women were too "irrational" (read "emotional") to handle having a vote; undoing, in their opinion, all the hard work that the non-militant societies had done to convince the government and the general public that women were "up" to the task of being "responsible" citizens deserving of the vote. The militants, for their part, maintained - and often rightly - that playing nice never got you anywhere; that without shaking up the status quo and creating these disruptions, the vote for women would never be won.

In comparing this example of a divided Feminist position over how best to be productively active and activist to parallel schisms that arose within the Second Wave Feminist movement some 60 years later, we opened up a lively discussion as to whether anger, or at least the question of who is permitted to get angry in our society, is a gender issue. It also paved the way to our look at the Manifesto - a literary form that was certainly used by the early Suffrage fighters in both camps to push their platform of social change into public view. A range of 20th century manifestos penned by women's groups from the Redstockings to the Radicalesbians were examined for their stylistic form and explosive content. The manifesto's particular etymology - from the Latin manu, meaning "hand," and festus, meaning "to strike", as in "to strike with the hand" - was brought home to us with a resounding slap as we encountered Valerie Solanas' SCUM Manifesto (1967), and considered it from the perspective of both a "performative action" and a "strategy of excess." Emboldened by these explosive examples of textual doxa (or "opinion" - quite literally, "that which appears to me"), we broke into groups and took a stab at collaboratively crafting rousing manifestos out of wine women and philosophy's recently penned (and, we now realize, misnamed) 'manifesta for a new day' (see post below). In fact, our learning around the manifesto had taught us that what we wrote back in November was a "declaration"- a text that announces an organization's mission and goals, rather than punching it home as in the case of the manifesto. As for the results of this writing exercise, they were FANTASTICALLY ANGRY and MARVELOUSLY LIBERATING - everything that a good manifesto should be!

And speaking of manifestos, we marked the most famous one of all - Marx and Engel's 'Communist Manifesto' (1848) - by ringing in the Russian "Old" New Year

with bubbly and blinis, and a hearty round of applause for three years of successful salon evenings in the company of our terrific and ever-inspirational membership. Rounding off the evening with tea and "Aggression Cookies" courtesy of Marianne, we reflected on some new directions that wine women and philosophy will be taking in the months to come.

We want to thank all of you who made the journey through a stormy winter's night to share this celebration with us - who would ever have thought that an evening devoted to anger could elicit so much hilarity and be so much fun. And we look forward to seeing all of you who couldn't make it at our next salon evening on the 9th of February, when we will be delving into the question of...The Question?!
at 10:06 AM

Welcoming in the New Year Together with a Kick Start! 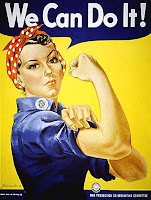 Hope you all had a good holiday and that you are ready for a new season of wine women and philosophy salon evenings.

Just a reminder about next Thursday's salon evening - January 12th at 7.30pm. The topic is 'anger' and the conversational form is 'the manifesto'...Now is that a way to herald in the new year or what?! If you have a chance please take a glance prior to the evening at wwp's manifesta - written last November in a spirit of productive pique! You will find it on our website under the menu title 'what we say.' We will very much appreciate your comments.

New members are always welcome and old members will be warmly welcomed back. We look forward to seeing you next Thursday.
at 6:56 AM