Greetings, wine women and philosophy members and friends. And Happy New Year. Here's hoping that 2016 is a fine year for all of us. As for where we're headed in our upcoming salon series:

It is widely taken for granted that if we are burdened by shame, wracked with guilt, lacking in confidence, caught up in an addiction, feeling depressed, agonizing over our life choices, wondering (queue for song) What's it all about, Alfie?, we'll find the answer to it all in psychology. As a field, it's huge. Just compare the burgeoning Self-Help section in any bookstore to the paltry offerings in Philosophy, say. Just look at the inroads made by psychology into areas ranging from sport to business management, from education to politics. If we're talking about making things work better or feel better or look better or do better, psychology has the market cornered. Whether it's on-line, on-the-couch, or on-the-hoof, there's a host of psychotherapists, psychoanalysts, psychiatrists, psychologists, social workers and life coaches out there ready to be of service. So how did the relatively new discipline of psichiologia - the study (logia) of the spirit, mind or soul (psukhe) - become the panacea for all 20th and 21st Century ills? What was it seen to offer people (and particularly women) that religion, for example, or philosophy, no longer could? - or perhaps never had? And what is gained and what is lost when a discipline organizes itself around scientific research and the establishment of know-how, as psychology has, rather than a simple love (philo) of wisdom (sophia)?
These questions we will address in our first session together. Because this is a philosophy series, however, we are less interested in comparing psychology to philosophy than in delving into the contributions made by philosophers - in particular, female philosophers - to those aspects of life that have become the bread and butter of today's psychology industry: issues of trust, feelings of shame, and the matter of self-esteem. Drawing on philosophers such as Edith Stein, Simone Weil, Hannah Arendt, Simone de Beauvoir, Sara Ruddick, Gillian Rose, and Annette C. Baier, the plan d'action is to imagine together what a "self-help" (or help of some other kind) manual might read like if put into their hands, or what "therapy" might look like if arranged around their theorizing. Throughout the life of wine women and philosophy 's Thursday evening salon series (she's 8 years old this year!) we have argued that thinking philosophically can change your outlook and enhance your experience of the world. It could be said that in this particular series, we are putting our belief in the life-saving qualities of philosophy to the test, and struggling alongside you to come up with some practical manifestations of this vision.
When Simone Weil was a secondary student in Paris in the 1920s, the standard teaching method in her high school was to focus in on a particular philosopher each year, and to twin him (it was inevitably a "him") with either a novelist or a poet. In Weil's first year at the school,  everything she learned linked back to Plato or Balzac. Riffing on this educational approach, we will link a particular work by a poet (inevitably a "her") to each of our five sessions: this, in the hope of creating a structure of feeling around the aspect of life we are exploring, and providing an additional entry point into the ideas of the philosopher(s) around whom the session is organized.

We kick off on January 28th, with a session called Psyche. 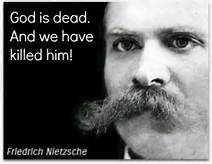 A plane flies into a mountain and everyone perishes. A loved one is taken by cancer way before her time. An earthquake rips through a country causing enormous loss of life. All events, these, that occurred over the course of our inquiry into the history of Western Philosophy. All events, these, that have happened before, and will happen again. In the meantime, we try to make sense of them: doing our thinking through what Marshall McLuhan terms "the rear view mirror"; turning to ideas that were circulating about life and death and everything in-between during the first half of the 20th Century in order to come to terms with these 21st Century personal tragedies and large-scale calamities alike. For as McLuhan insists, only the most prescient of visionaries can think the present through a philosophical lens which has actually arrived in that present, much less leaped ahead of it. And though we were feeling pretty primed with 2000 years of Western Philosophy under our belts and just 50 short Modern World years to go, we weren't about to presume that we counted among that number. Which meant that we hit the year 1900 running: pouncing upon Nietzsche's (1844-1900) pronouncement - "God is Dead!" - as one would a baton in a relay race; sprinting out into that brave new world of uncertainty like punch-drunk gazelles...And he doing the pronouncing barely in his grave.

But now that we were on the home stretch, the harsh reality of it all was beginning to sink in. Cicero circa 500 AD had argued that philosophy teaches us how to die. 1000 or so years later, de Montaigne - after a near-death experience had cured him of his paralyzing fear of the grim reaper - was suggesting the opposite: that philosophy teaches us how to live. And quite apart from whether our natural inclination was to see life and death as opposites or the self-same thing, and regardless of which philosophical camp we chose to align ourselves with - the life camp, the death camp, or the camp that sees philosophy as there to teach us something entirely different - the fact remained that we were entering the philosophical equivalent of a no-man's land. Gone were the usual touchstones: Truth, Faith, Reason, Science. Instead, we looked around and saw one great big gaping void. God might well be dead but so, it seemed, was everything else: either rotting away on the slag heap or hurtling hell-bent towards an inevitable and absolute end. All in all it was a tad depressing. Though nothing that a touch of philosophical tweaking couldn't put right.

Take, for instance, that plane - an event which, like the other two, is seemingly beyond our control. But somebody was at the controls of that plane. And if Nietzsche is to be believed, it sure wasn't God. So what to make of this horrific act of human volition? What to make (to incorporate the second event) of our ongoing insistence that people die “before their time” when no time, much less a defined time, is graspable when it comes to those we love? And speaking generally of that which is within our grasp (and specifically of the numbers to perish in that earthquake) how is it that one death can rock our world, whereas the deaths of tens of thousands will often barely register? These propositions or “pictures of facts,” as Ludwig Wittgenstein (1889-1951) would have it, we considered; and the tweakers at our disposal were a mixed bag of early 20th century German phenomenologists, French existentialists, and British logicians.

From the phenomenologist camp, we drew upon Martin Heidegger’s (1889-1976) idea that each of us is but a temporal being – a “being-toward-death,” as he terms it – and that to live “authentically” is to live each day facing up to the certainty of our own impending death. Against this idea, we pitted the contention of fellow phenomenologists Edith Stein (1891-1942) and Emmanuel Levinas (1906-1995): that it is in facing up to the deaths of others, and not our own, that the route to authenticity is to be found.

With all this talk of authenticity flying around the room, it came as no surprise to find an Existentialist or two weighing in on the matter. In addition to Nietzsche wandering around out there in a “Godless Universe” there was, for example, Miguel de Unamuno (1864-1936): the brave and outspoken critic of Franco’s violent methods and accompanying motto – “Long Live Death!”  Arguing that suffering is not only a “vital experience” but an essential aspect of learning what it means to exist, Unamuno made love the cornerstone of his existentialism: to love is, at the end of the day, all that matters; to learn how to love we must necessarily identify our own suffering with the broader suffering of the world.

And then there were those wise old owls of the Anglo-Saxon tradition: mathematician turned analytic philosopher Bertrand Russell (1872-1970) shouting “Down with Work!” and “Up with Happiness!” from the barricades while professing life to be nothing more than the sum total of “muddle and accident”; American pragmatist John Dewey (1859-1952) asking the question we in this new post-Enlightenment world could no longer avoid: What do we do when, in spite of taking control in every way we can, disaster still strikes?

We fittingly brought the evening to an end – and by extension, this series – by choosing an appropriate death for our philosopher self. Were we the kind of thinker who would die heroically, as Vitalist philosopher Henri Bergson (1859-1941) had: taking sick after standing in line with other French Jews as they registered with the Vichy government, even though his fame as a philosopher had been enough for the Nazis to grant him an exemption? Or were our philosophical leanings more likely to incline us, like 101 year-old Hermeneutics philosopher Hans-Georg Gadamer (1900-2002), towards a somewhat gentler death: slipping into unconsciousness just hours after celebrating a clean bill of health from our doctor with a glass of wine? But whatever our chosen philosopher death – and we had a great number of them to choose from thanks to Simon Critchley’s surprisingly entertaining book on the subject, The Book of Dead Philosophers (2008) – we parted this latest salon adventure a good deal more awakened to the story of Western Philosophy and the mostly his-stories that inform it. Thank you to all who participated. It has been quite the road-trip of a ride!
at 2:22 PM